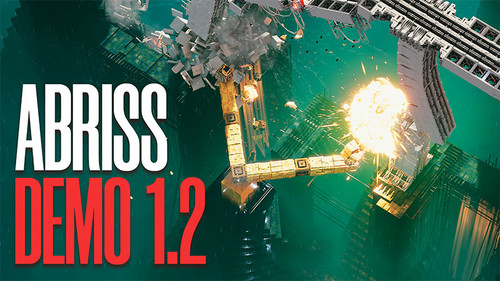 A new version is live right now... or is it? It actually has been for 4 days(on Steam only)! We tested it with people from our Discord without telling you, muahahahaha. It has a lot of new Features, some of them you had previously asked us for - thanks again for the feedback, without you, we would be flying blind.

We have made this Demo Update in preparation for the Steam Nextfest next week - we'll propably have some special events during that - and there's also the Games from Germany sale currently running on Steam, check out all the other great games from our german-speaking friends!

Demo for ABRISS - build to destroy