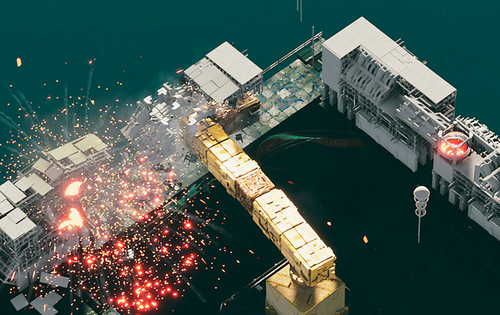 Thank you all so so much (again!) for the good reception of the 1.0 version of the demo in September! People have since kept asking us to put the Demo on Steam, and we had mixed feelings about releasing the "old" Demo - so we freshened up the extended Demo we handed out to Streamers! Because it would be unfair to just have the bigger version on Steam, this version is immedeately on itch too. You people have been so good to us, and we like itch very much. Have fun! It's kind of similar.

Demo for ABRISS - build to destroy